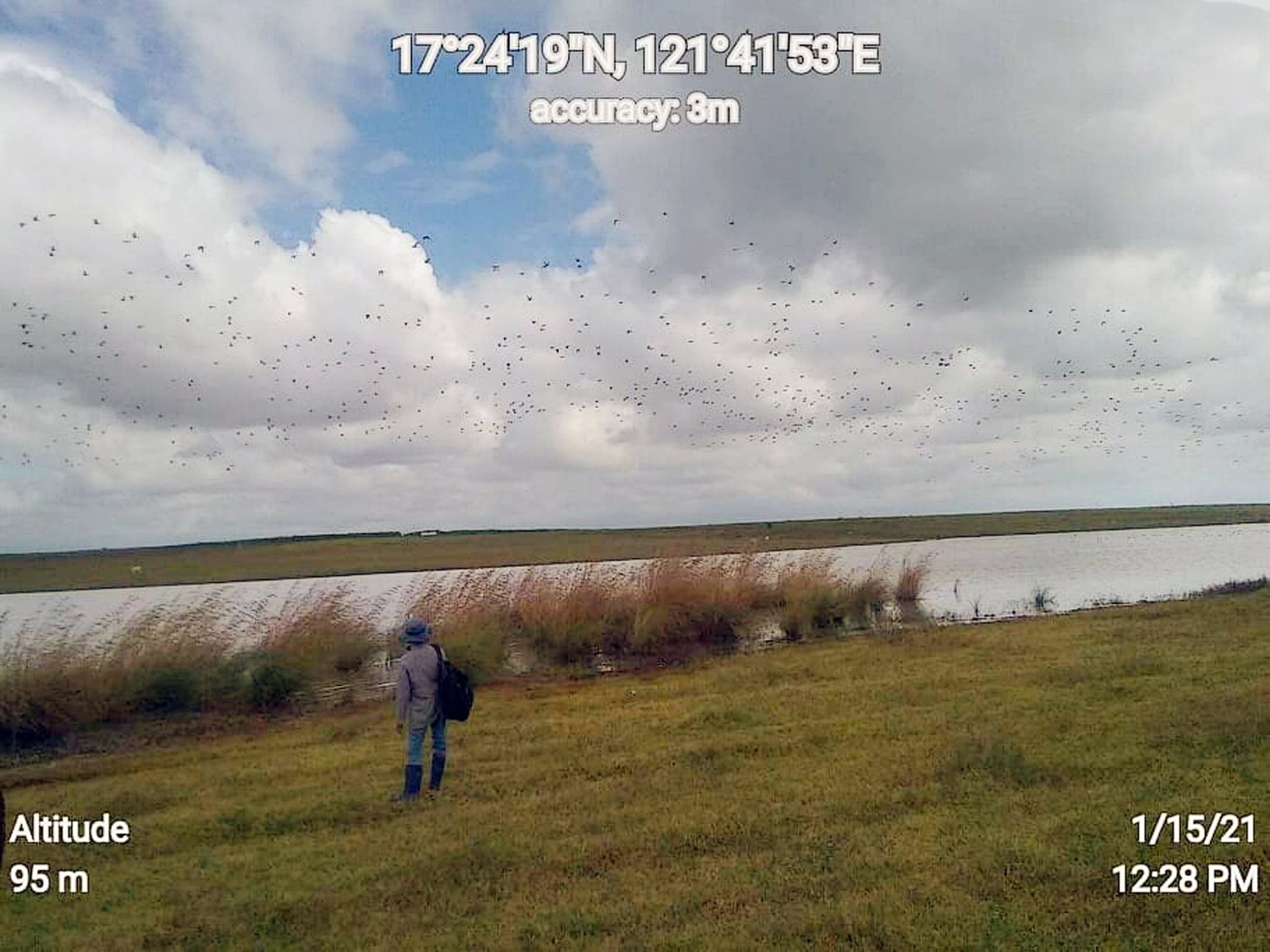 PROTECTING MIGRANT BIRDS.  The Department of Environment and Natural Resources (DENR) in Cagayan Valley has urged the public to protect migratory birds and other wildlife visiting the different wetlands and forests in the region.

“We call on the public to help protect these birds.  Hunting of wildlife including birds is illegal and punishable by law under the provisions of Republic Act 9147 or the “Wildlife Resources Conservation and Protection Act,” DENR Regional Executive Director Gwendolyn Bambalan emphasized during the celebration of the World Migratory Bird Day (WMBD) on October 9.

She added certain migratory birds such as wild ducks, gulls and shorebirds are susceptible to avian influenza virus.  “I advise the public not to hunt or kill birds because they have vital roles in maintaining the forests ecosystems.  Let us not handle any wild dead birds that may be found near the wetlands,” RED Bambalan warned.

Protected Area Management and Biodiversity Conservation Chief Robert Rivera said the presence of birds in the wild particularly along the Northern Sierra Madre Natural Park and eventually in the low-lying areas indicates a good and healthy ecosystem.

“The influx of migratory birds along wetlands is important.  They act as seed dispersers to grow plants and trees; maintain the biological condition of the ecosystems; and control harmful insects thereby help the farmers increase their yield in agricultural production.  Their droppings also serve as fertilizer,” Forester Rivera said.

He added that migratory birds started to move out in September annually from the northern hemisphere to southern part of the world to look for a warmer climate, take refuge, and return to their breeding ground by March in the succeeding year.

These species contribute to the conservation of the region’s wetland sites namely; Palaui Island Protected Landscape and Seascape in Sta. Ana, Basao Lake in Peňablanca and Carague Lake in Enrile, all in Cagayan; and Malasi Tree Park and Wildlife Sanctuary in San Antonio, Cabagan Isabela which is declared by the DENR as critical habitat for Philippine Bird and other water bird species by virtue of Department Administrative Order No. 01 s. 2012.

The WMBD celebration is supported by the Convention on the Conservation of Migratory Species of Wild Animals (CMS) to increase awareness of the plight of migratory birds around the world and to conserve and protect these species.#