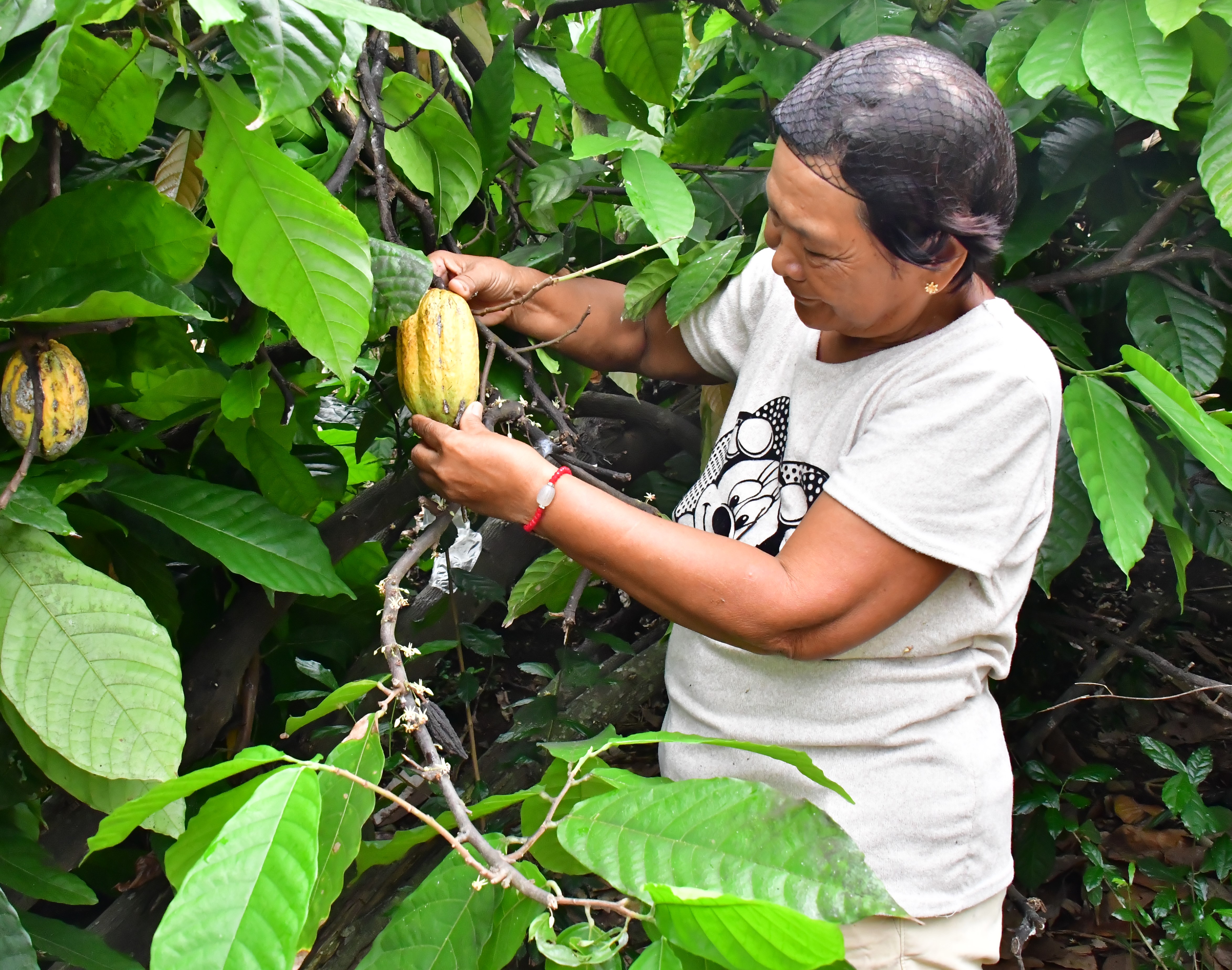 Editha Manuel, chairperson of the Baliuag-Bical Upland Farmers Association, Inc. (BBUFAI) is a dedicated woman farmer behind the productive cacao plantation under the implementation of the DENR’s greening program in the municipality of Peňablanca.

Manuel was awarded 10-hectare NGP site in Barangay Baliuag in 2017.

She cited the consistent technical assistance and support extended by the DENR personnel during the early stage of her plantation.

Through the returns of NGP, Manuel was able to put up a store to sell cacao tablea and banana crackers in the community.

According to her, the said native product delicacies are also sold in one of the convenience stores in Tuguegarao City.  Likewise, she regularly supplies fresh banana as meal dessert for patients confined in a government hospital in the city.

The chairperson, who is fondly called “Ate Edith” by her peers has been a model to her NGP co-beneficiaries.  She patiently grew the trees in her area and educate other members in the community to conduct replanting activities and plant more trees to attain a high survival rate.  Her four skilled staff in cacao tablea and banana cracker processing were trained under the supervision of Manuel.

Meanwhile, father and daughter Dominador and Joan Kainggitan, also NGP beneficiaries and BBFUAI members, expressed how the program changed their lives as they had been longing to acquire lots but to no avail.

As the NGP goes on, these stakeholders are continuously maintaining the trees they planted.  Constant replanting and monitoring in the plantation site are now part of their daily activities.

According to them, they are in full support of this project to secure them on food supply and to cope with the impact of climate change.