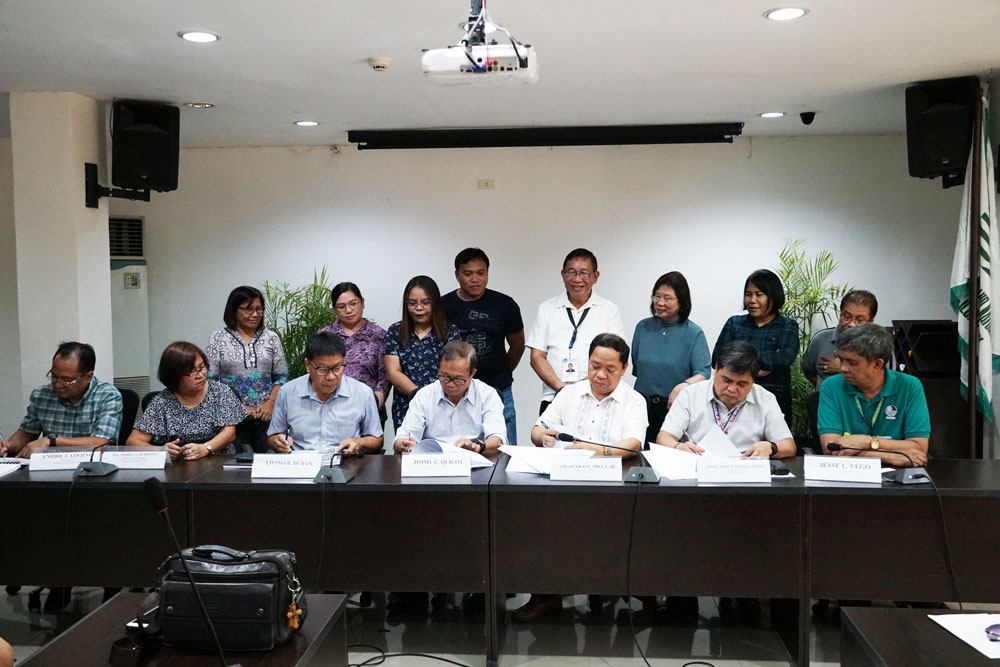 The Department of Environment and Natural Resources (DENR) has given its green signal to the forest land use plans or FLUPs of four municipalities in Western Visayas.

DENR Region 6 Executive Director Francisco E. Milla, Jr. identified the local government units that have successfully completed their FLUPs as the municipalities of Dingle and Balasan in Iloilo province, and Cuartero and Jamindan in Capiz.

“The FLUP will serve as your guide in your decision making.  It should nowbe a part of your Comprehensive Land Use Plan (CLUP),”Milla said during the signing of the FLUP Implementation Memorandum of Agreement (MOA) held June 3, 2019 at the DENR regional office in Iloilo City.

FLUP is a planning tool that equips LGUs, DENR and other stakeholders to comprehensively map out future economic progress of an area in the context of sustainable forest management, biodiversity management, climate change adaptation, disaster risk reduction and management and forest degradation.

The Implementation MOA is the final document to complete the process of FLUP preparation prior to its implementation.   It also serves as a symbol of partnership between the DENR and the local government units to co-manage the forest and forestland resources of the town to ensure sustainable development for the benefit of the people.

“There has to be a balance between economic development and environmental protection,” Milla told the LGUs, as he reminded them to take a lesson from Boracayisland which suffered massive environmental degeneration as a consequence of imbalanced priorities and unplanned development.

“Because of imbalance of priorities, many things were not planned. On the beach easement, there are structures that were taken out. Permanent structures were also built on forestlands and wetlands because many workers stay in boarding houses and no longer return to their homes,” he said.