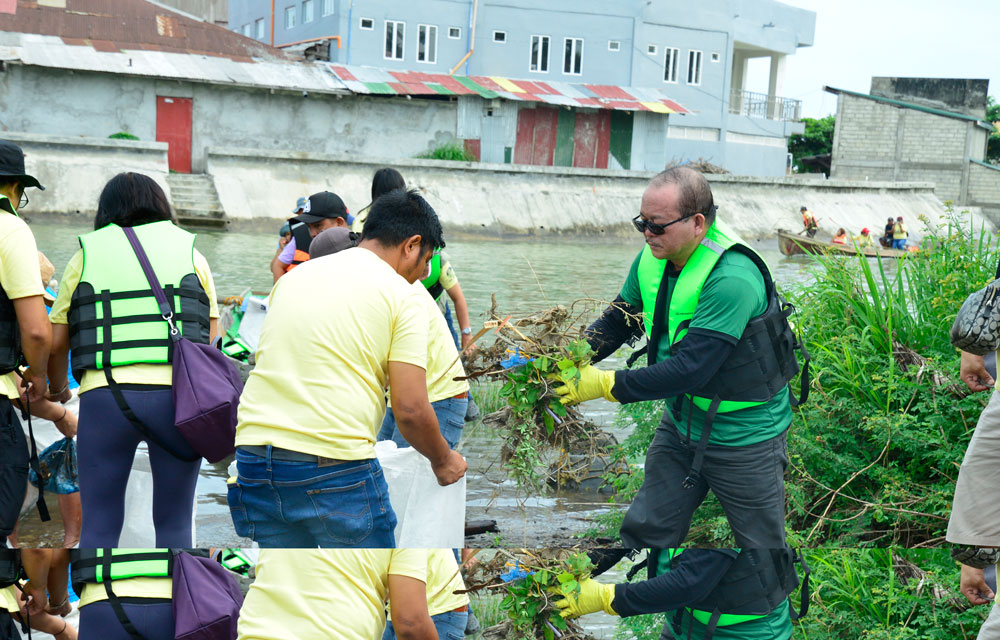 More than 300 volunteers showed up and took part in the clean-up of the Apagonanriver in Aparri, Cagayan on Monday, June 17, 2019, marking the start of the river’s rehabilitation.

This, even as he warned businesses and residents to comply with environmental laws, or face the consequences of their non-compliance.

“I’m giving the business establishments and households along the riverbank six months to comply with environmental laws, particularly the Ecological Solid Waste Management Act and Clean Water Act. Otherwise, we will issue notice of violations and file cases against those discharging their waste directly into the river,” Abawag said.

The regional environment chief has ordered the officials of  PENR Office- Cagayan to meet with the barangay officials to brief them on the Ecological Solid Waste Management Act and the Philippine Clean Water Act to remind them of their roles and responsibilities under said laws.  He also instructed the provincial head to attend the Sangguniang Bayan sessions.

In July 2018, the DENR launched the RIVERS for Life Award, a nationwide search that will give recognition to individuals and institutions for their efforts in the conservation and protection of rivers.

According to PENRO Ismael Manaligod, the Apagonan River is a breeding ground of both freshwater and marine species as it is connected to the estuary of the Cagayan River and the Babuyan Sea.

During the occasion, acting Mayor RiaCapiñahas committed to pass ordinances for the strict implementation of the solid waste management law.

“The rehabilitation of our Apagonan River is important, being one of the primary sources of income of the people of Aparri,” Capiña said.