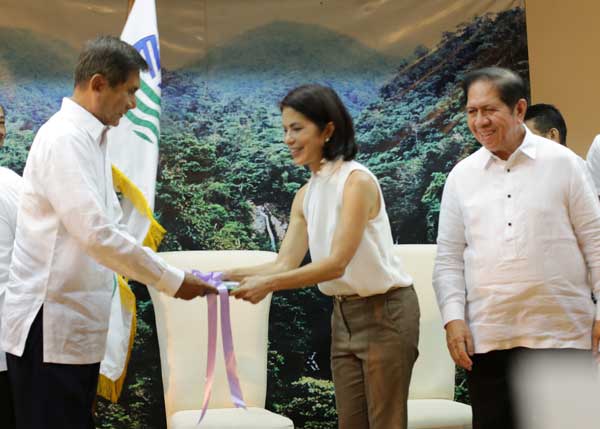 Incoming Environment Secretary Roy A. Cimatu (left) receives the transition report from outgoing Secretary Gina Lopez  during the change of command ceremony  held Wednesday, May 10, 2017, at the DENR Central Office  in Quezon City. A former chief of staff of the Armed Forces of the Philippines, Ret. General Cimatu is the 16th Secretary of the DENR since its creation in 1987 by virtue of Executive Order 192 issued by then President Corazon Aquino. Also in photo is DENR Undersecretary for Administration and Finance Demetrio Ignacio  (right). ###